Today I received the roadmap from Amlogic and it includes the S912, as we know, S905 is  on the road, . But the most interesting is the information I recived about S912, the next SoC from Amlogic. Accord to this manufacturer it should be ready (at least for sampling) at the first quart of 2016, what is really near. Some informations I received from Amlogic revealed that the S912 whould be delayed to Q2 or even Q3, but their latest information is different than expected. If everything is as shown at their roadmap, we can also know more about this SoC.

Specifications provided by Amlogic for S912

I am not sure if Amlogic will offer S912 at the time they are showing, but it should be good news if they can. It is good to know that Amlogic . S912’s GPU is unknown yet, but at least, Amlogic is talking about a coming MALI generation. It is well known Amlogic graphics and video performace is probably higher than others on the same range as Rockchip or Allwinner. Then, there are good news from this chinese manufacturer. Hope can see some new Android TV Box models based on this SoC soon at 2016.

Update: Someones said the S912 has been cancelled. Well, I could confirm with Amlogic that the S912 is NOT cancelled. Also Amlogic is going to launch a new SoC named S905X what is NOT a replacement for S912 but a “low cost” version of S905.

Update 3 (MAR 3rd 2016): Amlogic S912 is almost here. Accord to the information provided by INPHIC who plans to start working with the first S912 reference motherboards by THIS WEEK.

Update 4 (AUG 8th 2016): We have seen one of the first motherboards featuring Amlogic S912. Here is a test board from ZERO Devices and Amlogic S912. It features 3 USB ports, AV and SPDIF as well as the usual connectors. Samsung memories and WiFi/BT chipset. Here is a picture: 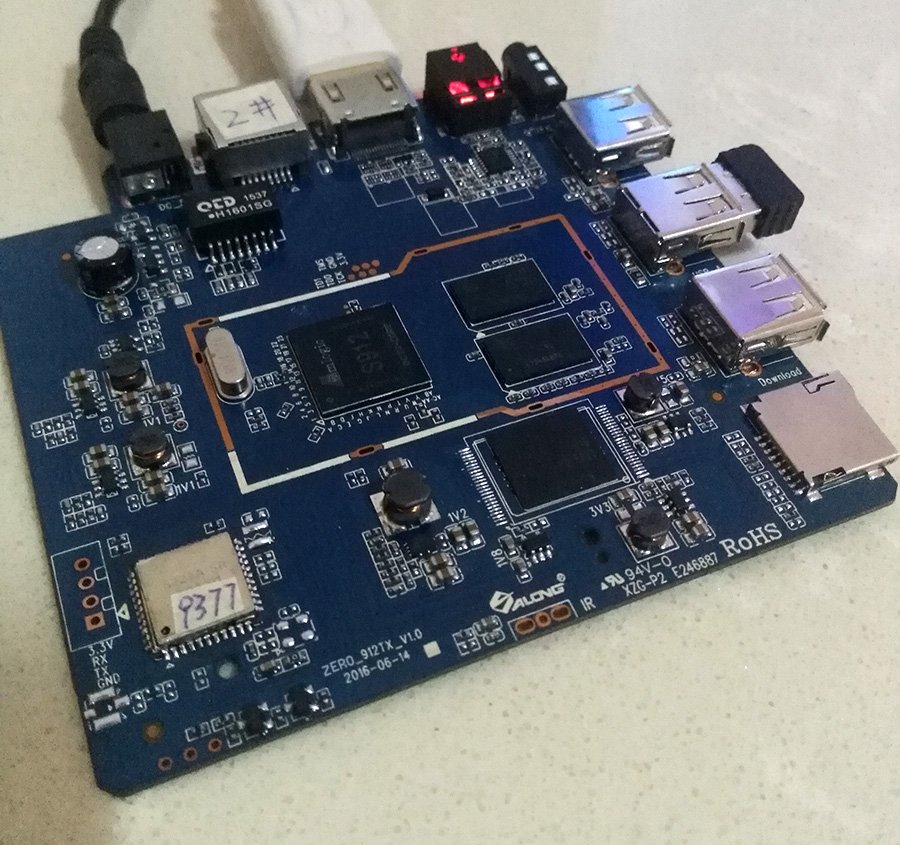